Where Freebies Are Queen 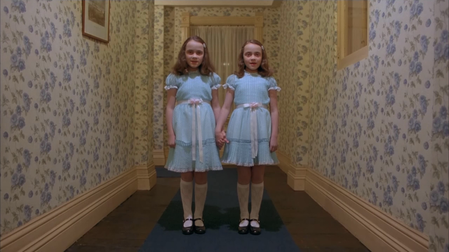 Looking for something scary, original, and chilling to watch?
​Check out all my personal favorites, and just in time for Halloween. Not only am I a freebie queen, I am also a horror movie fanatic. There are so many good horror films to choose from, making this list was really tough.  After thinking it over, here's what I came up with as my favorites.    Hope you enjoy.
10.   The   Descent   (2005) 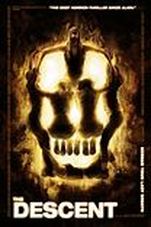 This British horror film is extremely uncomfortable to watch, especially if like me, you suffer from claustrophobia. Six friends decide to explore an  unknown cave with plenty of tight spaces and danger lurking below. Breathtaking moments happen throughout the movie. Don't watch alone.
9.   Drag   Me To   Hell   (2009) 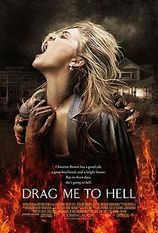 Clearly you don't want to be the lady who turned down an old woman's request to extend her mortgage loan. The curse that ensues is one that
​I wouldn't wish on my worst enemy.    Fresh story line with some very memorable scenes. This one is sure to stay in your memory for a long while after watching it.    Directed and co-written by Sam Raimi.
8. Orphan   (2009) 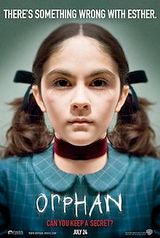 If you haven't see this yet and you enjoy the bizarre...this is for you.
A loving couple adopts a bit of a strange 9 year old girl, just to find out
​a very disturbing truth about Esther. This one is quite chilling and very well written. The shocker at the end is one that you can't possibly see coming in your wildest dreams. Excellent film.
7.   The   Sixth   Sense   (1999) 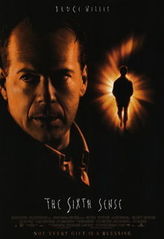 This one is the type of horror movie that has a deep lasting psychological effect. It really makes you think back after seeing it.
​ The plot twist is so intense that your brain can barely process what just hit you. An outstanding performance by Haley Joel Osment as
​he utters the famous line "I see dead people."
6.   Halloween   (1978) 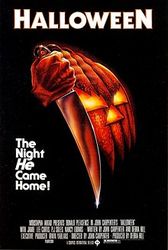 Aside from the Alfred Hitchcock classic "Psycho", this is one of the original stalker/slasher films that produced a ton of copy cats to follow. Jamie Lee Curtis' extremely realistic fear and on the edge of your seat panic throughout the movie really keeps you scared. Intense, fast paced psychological thriller by John Carpenter.
5.   A Nightmare   On   Elm   Street   (1984) 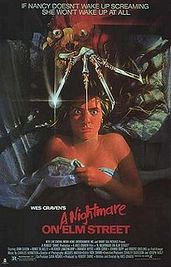 One of my favorites as a child of the 1980's, A Nightmare On Elm Street  really did scare kids. Creepy to the core, the world was introduced to Freddy Krueger, a child molester who was burned to death by angry parents.    As revenge, he then comes back to haunt their children in their dreams.    Well written by Wes Craven and very original.   One, Two.....Freddy's Coming For You.
4.   Let   Me   In   (2010) 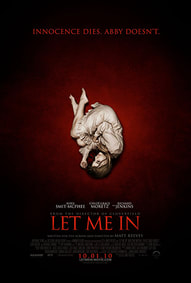 This is not your typical vampire movie by any means, and that is exactly what makes it so fresh and different. A twelve year old boy who is tormented and bullied at school unknowingly befriends a vampire girl. I don't want to give away anything about it, but this is certainly unique, dark, a bit romantic, and entertaining.  Based   on  the original  Swedish film   "Let   The   Right   One   In"   which is also   amazing and preferred   by   many.
3.   Saw   (2004) 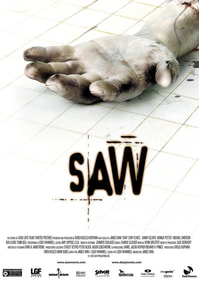 If you are a true horror fan and you haven't seen Saw yet, you are missing out on one the best. This movie is so deeply disturbing, truly unpredictable, and it is absolutely relentless. This is a non-stop twist and turn psychological fear feast.    Jaw-dropping excitement and one of the most terrifyingly unique story lines. Downright superb.
2.   The   Exorcist   (1972) 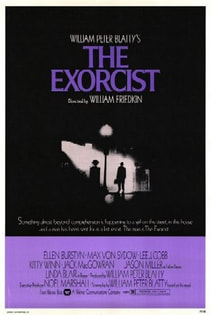 If this movie taught me anything, it was to not play with ouija boards. One of the most critically acclaimed horror movies of all time, the Exorcist delivers a perfect performance by Linda Blair as the twelve year old possessed Regan. Unbelievably mind blowing scenes that make you really believe that you are seeing a demon in this girl.    Quite horrifying. Not for the faint of heart.
1.   The   Shining    (1980) 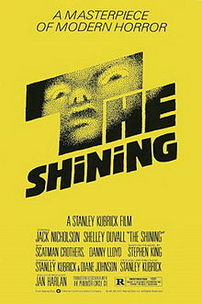 This movie will downright mess with your mind, chill you to the bone, and haunt you forever. You will not soon forget "The Shining."  Based on the Stephen King novel (although director Stanley Kubrick put his own spin on it, not to mention  he would terrify  the actors  off screen to get them in the right mood for the movie) this will truly freak you out. The epic lines "Here's Johnny", "All work and no play makes Jack a dull boy", and the repetitious "REDRUM" will linger in your memory for all time. A one of a kind Masterpiece and my #1 pick. A most memorable performance by Jack Nicholson. Also supporting actress Shelley Duvall is quite riveting.   Very   bizarre and disturbing.
​*Honorable mentions:    The Omen (1976), The Ring,    The Grudge, Psycho (1960), The Birds,    Jaws,   The Silence Of the Lambs, The Texas Chainsaw Massacre (after recently watching the original again this should have been in the top 10),    Misery,   Candyman, Poltergeist(1982),    Dead Silence, The Babadook,  The Mist, Sweeney Todd,    Scream,   Dawn Of The Dead,   April Fools Day,   Final Destination, The Conjuring, Twilight Zone The Movie,
Let The Right One In,  Ringu, The Evil Dead  , Get  Out,   It ,
The House On Haunted   Hill,   Freddy   vs.   Jason, Hellraiser

*All movies mentioned are copyrighted and protected, all rights reserved.
Any opinions reflected in this article are solely my own.

What are some of your favorite horror movies?
Let   me know in the comments!